A Taste Of Everything

Kirby has always been one of my favourite titles. Copying enemy abilities is always fun, plus the familiar faces and tunes bring back fond memories. Kirby Star Allies is a love letter to the pink puff’s past, and it was an absolute blast playing through this with my wife. I’m very much looking forward to playing through the story again, and with some extra modes it’ll be worth my time.

Blast From The Past

Kirby Star Allies brings back the ally system from Kirby Super Star, but also builds upon the already solid mechanic. By throwing hearts at various enemies, they will instantly be added to your party with a maximum of 3 allies. This makes for some exciting and at times hectic battles, but provides an excellent opportunity for multiplayer up to 4 players. I played this with my wife, but the AI is decent enough, so we didn’t have any trouble at all plowing through the game. In addition to the increased roster of allies, it is now possible to combine powers with each character for amazing combo attacks and buffs. For example, abilities like sword, hammer, or bomb can be enhances with fire, ice, or plasma to increase damage and solve puzzles scattered throughout the game. There are a few parts where a trove of bonus goodies are behind a wall and flaming chain. If you have a character with Sword and another with Water, you can combine the two to create a Water Sword and cut the chain. It’s a ton of fun to solve these puzzles, but also to use the flashy new combos against enemies and bosses. The well-worked formula of Kirby remains intact, but mixing the buddy system from Super Star and the combo power idea from Crystal Shards is a fantastic new way to play.

Music To My Ears

While the new music in this title is very good, there is a most welcome stock of tracks from older titles and remixes as well. From beginning to end I found myself smiling and being surprised by all of the tracks popping up and causing memories to come flooding back. There’s an extra stage towards the beginning that plays the original Green Greens track from Kirby’s Dream Land on Gameboy. Talk about awesome! In addition to the killer soundtrack, the majority of sound effects used in Star Allies are reworked classic sounds as well. Pulling from Super Star once again, if you’ve played the SNES game you’ll certainly be hearing a lot of familiar sounds while enjoying the adventure.

For what it is the Switch is able to handle some absolutely gorgeous games, and Kirby settles in perfectly. The art of the overworld maps, the stage design, the detailed backdrops, all if it is aesthetically pleasing. The bright colors and effects of all the levels meld with the music and gameplay in a way that keeps you from putting the controller down. A couple of stages did get repetitive towards the end of the game, but overall the progression kept from getting stale. All of the cute lore that Kirby has been built upon is presented in vibrant color and sparkly effects that are easy on the eyes.

Where a lot of simple platformers are a one and done deal, Star Allies offers a solid solo or multiplayer adventure that is easy to pick up anytime. With some fun mini-games, a boss rush mode, and a time-attack mode that allows up to 4 people to choose their favourite characters in a separate set of levels, there is certainly a good chunk of content to sink your teeth into.

Summary Kirby is back with another great adventure fans have grown to expect. If you have a Switch, do yourself a favour and pick this up. 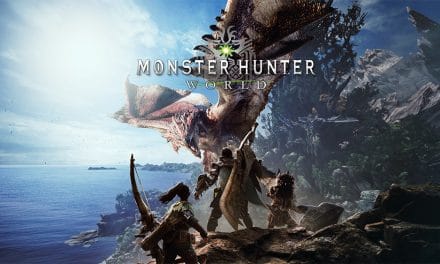