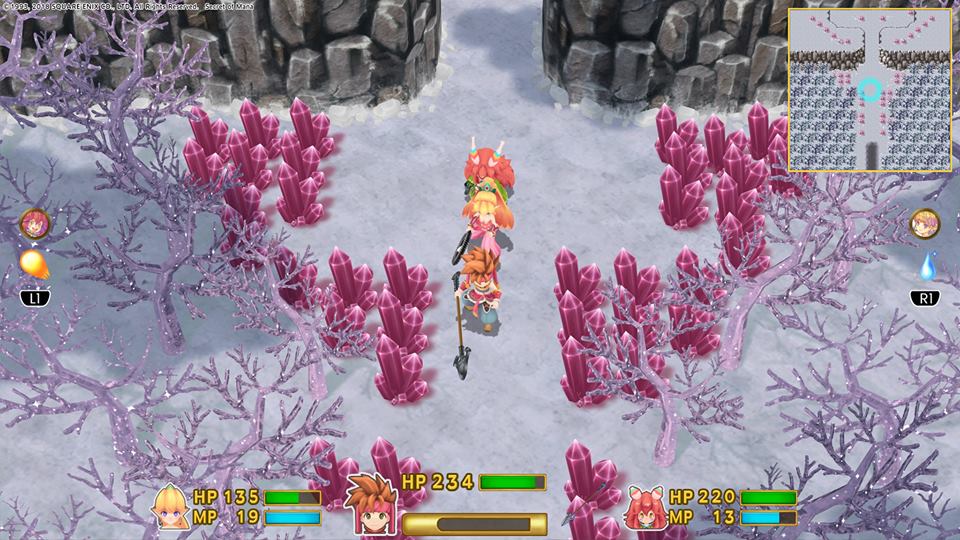 Secret of Mana has always been a solid console RPG. Thanks to the folks at Square Enix, it has a new home on PlayStation 4, PS Vita, and even PC. I was lucky enough to snag a physical copy of this game on Ps4, and had played the Super Nintendo counterpart about a week prior to release. Having the original fresh in my mind helped curb the nostalgia and my overall opinion of the remake, proving one simple fact. It’s the same game with a fresh coat of paint.

Now don’t get me wrong, I had a blast with the remake. There may not be a ton of additions, bug fixes, or added content from the original 16-bit gem, but it still feels like Secret of Mana. A few minor things have been addressed to make the gameplay a bit smoother, and the graphics/music have been overhauled to boot. Let’s do a quick breakdown of the changes, and see how they affect the game overall. If you need a brief synopsis of the game’s story and how things work, my review of the SNES version is available here.

If you’ve played the original SNES game, you probably understand the overwhelming urge to scream at your party members when they get stuck behind a rock or the opposite side of a wall. “You’re turning the corner? Great! I’ll just run straight into this wall to catch up in no time!” Many frustrating moments spent switching characters to force them around corners and continue through the dungeon. This problem hasn’t been fixed entirely, but Square did manage a sort of workaround. If a party member gets stuck on something, the camera no longer locks the edge of the screen. You can leave them behind and progress to the next room without them, and they’ll be with the rest of the team when the screen loads. Not the best fix, but I certainly had a breath of relief when I realized what was up.

There was a definite hit detection issue that only affected weapon attacks on the SNES, but I was never really sure what was really happening. The hit boxes have been tuned up a good bit, and there is now added text that says MISS when an enemy evades an attack. These two things together help combat move along a little faster, and seemingly shorten the stun time of enemies. Combat as a whole certainly moves along at a better pace, which is a pleasant surprise considering the combat on the SNES was pretty smooth.

Magic has always been a bit overpowered in Secret of Mana, and this has not changed at all. Stun locking bosses into a chain of spells with the Sprite’s MP full always feels bad ass. The 3D effects for all of the spells are fantastic, with the added bonus of being able to cast them even faster. That’s right. You can cast magic even faster in the remake, or at least it feels that way. Because Ps4/Xbox controllers have more buttons than a Super Nintendo, they gave players the ability to hot-key items, weapons, and magic to L1/R1 (LB/RB). Not only does this make casting magic super simple, you can back out to the full magic list from this hot-key, making access to the magic menu of each character easier as well. Between hot-keys and shortened enemy stun time, some bosses took less than 15 seconds to defeat.

The weapons in Secret of Mana can be upgraded a number of times by collecting orbs from fallen bosses and chests, then bringing the orbs to the dwarf blacksmith, Watts. In addition to increasing the weapon’s damage, they would all change color and receive different icons after being forged. The remake has a different weapon model for each upgrade, which is a nice touch. It’s cool to see each weapon change on it’s path to full power.

The most obvious change is the graphics and music. Gone are the 2D backdrops and sprites, replaced by 3D models and environments. Generally, all of it looks fairly appealing. Square managed to keep the Secret of Mana tone intact with the jump to 3D, with only a few 3D models feeling slightly out of place.

The soundtrack has been fully re-orchestrated, with the majority of it sounding really awesome. Most of the tunes are slightly changed or remixed a bit, but there are a few that honestly sound horrible. The track in some of the towns has been turned into this odd electronica screech mix that’s kind of hard to listen to. You aren’t stuck with the new soundtrack, though. Square put in the option to switch over to the original 16-bit soundtrack, and it’s amazing.

Probably the biggest addition to the game are the cutscenes triggered at the inns whenever you rest/save your game. Once you pay for the room, the characters will stand around a table and chat about the events that transpired before their stay. I thought these were going to be lame, but they were able to flesh out the characters quite well, adding a connection between the members and some solid personality to each.

I’ve always been a fan of the Sprite, who’s original dialogue had some decent one liners. The Sprite is now referred to as “they” (which is true to the original Japanese script and pretty awesome), obsessed with food, cheeky, and an absolute riot. Being able to connect with the characters a bit is one thing Secret of Mana did not really have before, but it certainly a welcome change.

I was impressed by the remake. Not because it added a ton of bells and whistles or fixed a bunch of things, but because it was able to capture the exact same feeling I had playing the SNES version just a week prior. If you’ve never played this game before, I’m sure it’ll be a good time for you. And if you have, some of the silly frustrations you may remember have been fixed just enough to say “hey, that’s cool”.

Summary With some minor additives and a fresh coat of paint, it still feels like Secret of Mana. This classic RPG is a great play for longtime fans and newcomers alike. 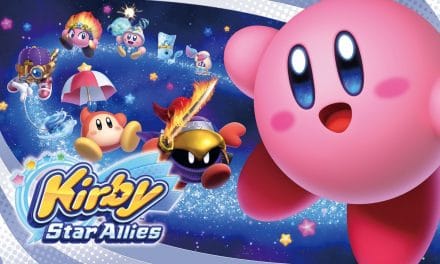